Most of us tie our faith to a fixed set of beliefs. We tend to look upon other religions as less pure or genuine. We forget that the Oriental finds many of our beliefs incredible.

A story is told of three men who were shipwrecked on an island in the South Seas. As the ship was pounded to pieces on the coral shoals, food, clothing, and equipment were lost in the surf. The three exhausted survivors pulled themselves up on the beach out of reach of the pounding waves. Having caught their breath, they began to take stock of their surroundings. Beyond the sandy stretch arose wooded hills and then rocky ledges and steep precipices. There was no evidence of any human being aside from themselves. The only sounds were the roaring of the ocean and the noisy cries of the gulls.

Not one of the men had a compass. Their radio had been lost in the wreck. Their immediate urge was to find out whether the island was inhabited. The food supply, they saw, would be no problem, for tropical fruits abounded. But they desperately wanted to find out where they were. They realized that this meant making a search for other persons who might be able to give them a clue as to their whereabouts. It was decided that one man would work along the beach in one direction, a second man going in the opposite direction. The third man was to penetrate to the foothills. Each sought some sign of human habitation -- a footprint, a cultivated field, or smoke from some village in the distance.

In the hours of search that followed, it was the third man who discovered the first trace of human beings -- smoke rising from a small hut high up on a mountainside. He reported back to his companions, and all three set off for the village. The islanders proved to be quite friendly. Before many weeks were past, the men found passage on a small boat, which took them in the direction of their homeland. 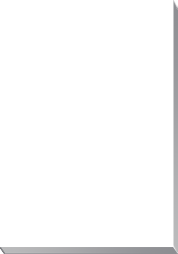